The Andaman and Nicobar Islands, located in the east of the Indian mainland geographically, float in splendid isolation in the Bay of Bengal. Once a hill range extending from Myanmar to Indonesia, these picturesque undulating islands, islets numbering around 572, are covered with dense rain-fed, damp and evergreen forests and endless varieties of exotic flora and fauna. Most of these islands (about 550) are in the Andaman Group, 28 of which are inhabited. The smaller Nicobars, comprise some 22 main islands (10 inhabited). The Andaman and Nicobars are separated by the Ten Degree Channel which is 150 Kms. wide. These islands also boast of freedom fighting days’ historically significant landmarks viz. Cellular Jail, Netaji Subhas Chandra Bose Island, Viper Island, Hopetown and Mount Harriet. The Andaman and Nicobar Islands have been declared as two of the 218 endemic bird area of the world. As many as 270 species and sub-species of birds have been reported existing in these islands, 106 of them being endemic. The Andaman Wood Pigeon, Andaman Padauk and Dugong are declared as State Bird, State Tree and State Animal respectively. There are about 96 Wildlife Sanctuaries, nine National Parks and one Biosphere Reserve in the islands. These islands are blessed with the bounties of both south-west and north-east monsoons.

The capital city of the Andaman and Nicobar Islands, Port Blair no different than any other smaller Indian city. Restaurants, Resorts, Hotels and Shops can be found in plenty. Concentrated towards providing the best facilities to the people travelling to these islands, Port Blair has become the center point for all the tourism activities. People from all over India can be found here, a peaceful place with no conflicts on region and religion- Andaman tourist places. 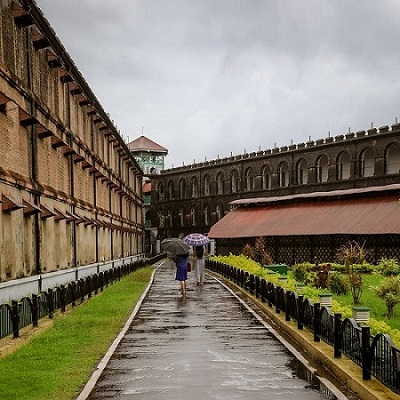 The historic Cellular Jail, earlier known as Kaala paani, was built in an inhospitable environment by the Britishers in the late 18th Century.The structure was built with seven wing prison. Each wing was three storied. The building had a total of 663 cells with one prisoner in each cell. A central tower with seven wings spread across to keep watch on each wing. The idea was to make solitary confinement for prisoners.

The prisoners were either the culprits who committed crimes in mainland or some political prisoners who were mainly freedom fighters. One guard could monitor the activities on all the seven wings. The other peculiar feature of the jail was the fact that each wing was confined into its own.

Each wing was designed in such a way that the front of one wing faced the back of the other, hence, stopping any communications between the convicts. Sadly, utter solitary confinement was not the only thing that the prisoners were faced with. The brutal beatings, labor and lack of food was enough to break the health and spirit of these prisoners. 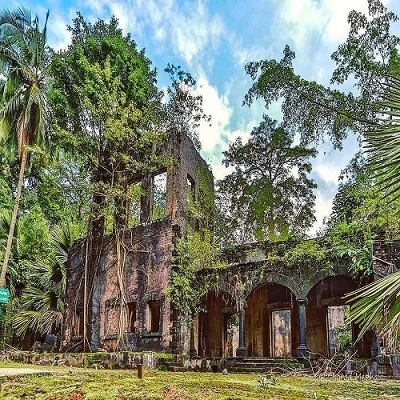 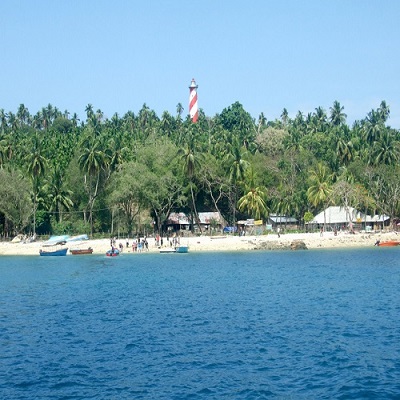 North Bay island is a popular destination in Port Blair. The beach and the snorkeling opportunities in its fringing coral reefs are the closest ones you will find at Port Blair. A ferry (9 am and 2 pm; 30mins) will take you across Aberdeen Jetty and bring you back after 3 hour. The corals at North Bay are rather good and spread over large area. You're very likely to spot many fish, a lobster, or even clams on the coral reef. Snacks and basic meals are available in some shacks on the beach. 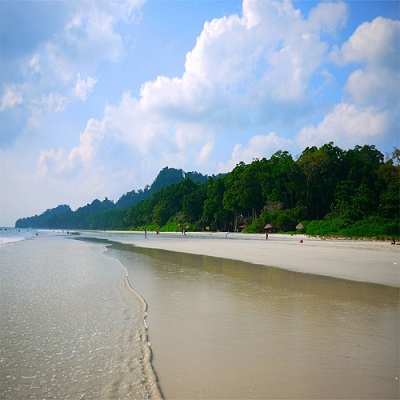 Havelock Island among the best destination in India, is situated 57 Kms North East of Port Blair. This destination attracts people all across the globe. White sand beaches and turquoise waters surrounding the island is a treat to watch and experience. The best thing about this destination is that it suits every requirements, whether you are looking for a laid back vacation or a fun filled vacation, Havelock Island has everything to offer. Your vacation to the Andaman Islands is not complete until you have visited Havelock Island.

Radhanagar beach - This beach has been consistently rated as one among the best beaches in Asia. The long stretch of vast open sea in front of you along with white powdery beach is a treat to watch and experience. Often you might sight an Elephant by the beach. Spend your day swimming, making sand houses, taking sun bath etc... Food is available for purchase by the beach. You are not allowed to throw waste/dump on the beach.

Elephant Beach - Another major attraction at the Havelock Island is the Elephant Beach, accessible only through boat or trekking. Though this attraction is not famous for its beach, its among the best location for snorkeling. The reef here starts at 5 feet deep. You may either snorkel by yourself or may hire a guide to help you snorkel at the Elephant Beach. For more information about this trip check Elephant Beach Trip 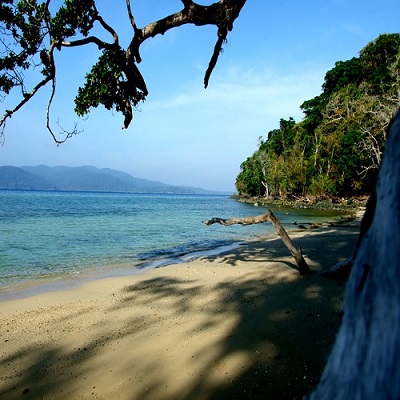 Chidia tapu is 30 KM from main city; this place is famous for sunset view and for bird watching. Varieties of birds visit this place. The road passes through forest and small hills up to the Chidia tapu. From Port Blair, the journey would take around one hour to reach Chidia tapu. If you are interested to watch the sunset it is advisable to take an afternoon trip to this place. Remains of trees uprooted during Tsunami in 2004 are still present near the beach. There is no restaurant or food stall available inside the park; however, small hotels are present at the entrance. While traveling to this place sea will be to your left side. On your way you would pass through the Kalapathar, a trail of black rocks and beach. Stop here to take some pictures and proceed to Chidia Tapu. For adventure lovers Chidia Tapu has a little more to offer. A trekking trail, which passes through forest and beautiful coast line to reach the Munda Pahad(Black Mountain). The trail starts at the shore of Chidiya Tapu beach and moves up passing through dense forest. It’s advisable to take a guide or travel in groups to reach the Munda Pahad. Upon reaching Munda Pahad, an elongated black cliff at the edge of Chidia Tapu with an open sea scape is an amazing site, which most travelers visiting these islands miss. Carry food and water before starting your trek to Munda Pahad. You could also hire a ferry from Chidiyatapu to Rutt Island and even the Cinque Island, another interesting destination for people willing to go of the crowd.

We have designed attractive holiday packages with multiple benefits in one reasonable and affordable price.

We are based in Andaman and we take our clients travel needs very seriously. Moreover, as Andaman leading tour operator, For those who plan to travel to Andaman & Nicobar Island, please contact our 24-hours Hotline service. Meanwhile, our Andaman Sutrula tour and travel office Phone number are 03192-251291 and mobile number phone at +91-9933231102. Certainly, we respond to you on time, moreover, all email is replied in 24 hours. So that, please stay in touch at andamansutrula@gmail.com.